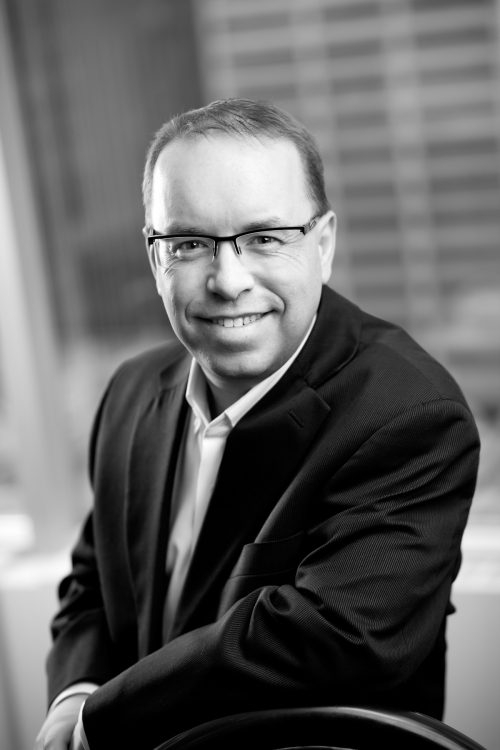 Chris has been a partner at Dutton Brock since 2005, after joining the firm as an associate in 1998. Chris was also called to the British Columbia Bar in 1996.

Chris' practice involves advising insurers, corporations and individuals on insurance and reinsurance coverage issues with a particular focus on commercial general liability policies. He has argued coverage matters on behalf of insurers at all levels of court in Ontario. He represents insurers, reinsurers, brokers and corporations in first and third party liability claims.

Chris is nationally published in the field of insurance law, having co-authored sections on the insurance contract and motor vehicle insurance for the Insurance Bureau of Canada's re-write of the Canadian Encyclopedic Digest's Insurance Law text. Chris is a regular contributor to insurance industry publications and lectures frequently on insurance coverage, tort liability and risk management issues.

Chris began his education at the Richard Ivey School Of Business At The University Of Western Ontario with an Honours degree in Business Administration (HBA), and a Major in marketing management, with top 10% standing.

Chris attended Dalhousie University Law School between 1992 and 1995 and received his LL.B. with a Major in civil litigation. He was admitted to the British Columbia Bar in 1996 and to the Ontario Bar in 1998.

Chris was awarded with three University Of Western Ontario Entrance Scholarships from 1988 to 1991. He was listed in the Dean’s Honour List in 1992 with a top 10% standing in the Honours Business Administration program at the Richard Ivey School of Business, University of Western Ontario. Here, Chris was also awarded the Evald Torokvei Foundation Scholarship in 1991 and 1992.

Chris has lectured extensively on insurance defence and insurance coverage issues, including lecturing for the Canadian Institute, the Insurance Institute of Canada, the Canadian Defence Lawyers and the Ontario Bar Association.

The All-Risk Property Policy and the Faulty Design Exclusion, A Canadian Perspective – Host An analysis and critique of the Ontario Court of Appeal’s 2007 Decision in C.N. Rail v. Royal and Sunalliance Canadian Defence Lawyers’ Audioconference, December 2007

Lost Policy Found Author Canadian Defence Lawyer’s Journal, 2001 (Paper was cited as a leading commentary on the subject by Marcus Snowden and Mark Lichty in their text, The Annotated Commercial General Liability Policy)

Should You Subrogate For Property Loss Author, 2002

The First Time Ever I Saw Your Claim, A Guide to Initial File Handling and Coverage Issues Author, 2004

You Build A Billion Dollar Empire By Staying On Top of Your Game: Recent Developments Respecting CGL Policies and the Duty to Defend Author, 2005 The Insurance Bureau of Canada’s Proposed Changes to the Form 2100 Commercial General Liability Policy – A
Commentary Author The Canadian Institute’s Annual Insurance Coverage Disputes Seminar, 2005

It Ain’t Over ‘Til It’s Over – The Ontario Court of Appeal’s Dramatic Reversal in the Total Loss Salvage Cases Author Canadian Underwriter, July, 2005 edition

Top 10 Coverage Cases from 2005 That Insurers Ought to Know About Author Dutton Brock Annual Client Seminar, 2006

Top 10 Coverage Cases from 2006 That Insurers Ought to Know About Author Dutton Brock Annual Client Seminar, 2007

Keeping the Cap on Tight: The Supreme Court of Canada has refused leave to appeal in a case that attacked the $100,000 cap on non-pecuniary general damages Author Canadian
Underwriter, January, 2007 edition

The All-Risk Property Policy and the Faulty Design Exclusion, A Canadian Perspective An analysis and critique of the Ontario Court of Appeal’s 2007 Decision in C.N. Rail v. Royal and Sunalliance Author, 2007

Chris is a member of:

Legal Issues – Application seeking a contribution to defence costs and a declaration for a duty to defend the insured – Intact argued in favour of the application of the qualified pollution exclusion, an argument which was rejected and a duty to defend was found to be owing

Legal Issues – Indemnity under contract for party’s own negligence, in response to personal injury action arising out of injuries occasioned by negligent operation of a golf cart and golf course design

Legal Issues – Motion seeking coverage under an Errors and Omissions insurance policy, sistership exclusion in CGL policy
– was successful in seeking a declaration that a policy of Errors and Omissions insurance issued by the Respondent ACE INA was valid and subsisting, and that the “loss of use” exclusion (sistership) relied upon by ACE INA to deny coverage to MDS was of no application

Legal Issues – Appeal from the decision of an arbitrator on two questions of law
– legal issues included the jurisdiction of a judge on appeal from the decision of a private arbitrator, material misrepresentation/omission on an application for an increase in coverage and the onus of proving that a claim falls within coverage under an insurance policy

Legal issues – plaintiff CGL insurer brought an application to determine its obligation to defend its insured in a civil rights/wrongful dismissal action commenced in Michigan
– legal issues included the test for determining the duty to defend, the obligation of an insurer to defend allegations of discrimination and the interaction of the fortuity principle with the plain language of the policy

Legal issues – defendant tenant brought a motion for judgment in an action against it by the landlord’s subrogating insurer
– legal issues included landlord/tenant subrogation, the standard to meet in order to become a third party beneficiary of a property insurance policy and implied waivers of subrogation

Legal Issues – plaintiffs brought a motion to certify a class action against the owner of a building in which they were tenants
– legal issues included the elements required for certification of a class action, whether multiple claimants are required to have suffered injury in order to certify and whether a common issue was established

Legal issues – defendant brought a motion for contempt against plaintiff’s counsel in a class action arising out of a TTC subway fire
– legal issues included breach of notice provisions of the Class Proceedings Act, 1992 and the standard of proof required to prove civil and criminal contempt of court

Legal issues – primary insurer sought a declaration that the excess insurer was obligated to share in funding of insured’s defence costs
– legal issues included apportionment of defence costs and expenses between primary and excess insurer, duty to defend and appropriateness of summary judgment

Legal issues – plaintiff sought indemnification under a fidelity bond issued by the defendant in response to losses suffered due to employee fraud
– legal issues included vicarious liability, misrepresentation on an application for insurance and insurance agency law