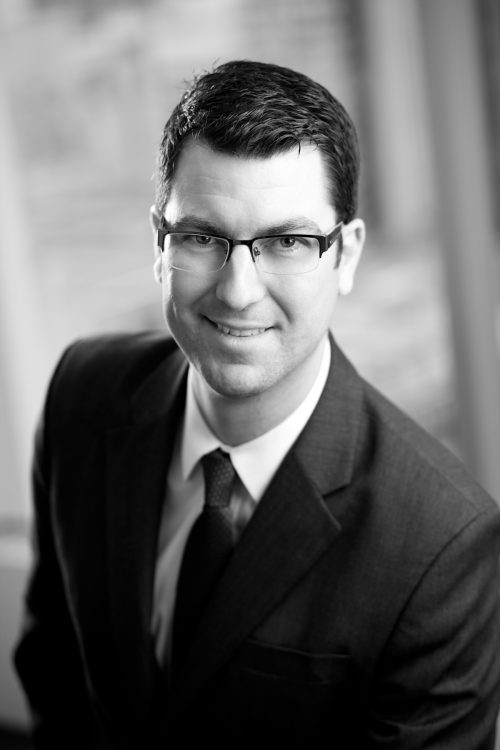 Chad focuses on exceeding client expectations, always bearing in mind that different clients have different litigation strategies and goals. He has used a firm but principled approach to defending cases to secure the outright dismissal of all claims against his clients without any payment in more than 75 cases, either via summary judgment (or other) motions or at trial, or by prompting plaintiffs to just give up and walk away from meritless claims at mediation or otherwise. At the same time, Chad is pleased to negotiate settlements on fair terms where possible, and has negotiated settlements of over 250 claims, at mediations, pre-trials, or if sensible at a lawsuit’s early stages.

Chad is chair of Dutton Brock’s professional education committee and a member of its articling committee, and takes pride in mentoring younger lawyers. He is a member of various professional associations and regularly speaks and presents to clients and colleagues in the insurance industry. Less seriously, Chad is proud to have been a member of a past winning team - “Torts Illustrated” - at the Advocates’ Society lawyers’ trivia challenge.

Outside of work, Chad enjoys spending time with his wife and negotiating with his three young children, all stubborn advocates.

Chad studied law at the University of Toronto, where he was a member of the Canadian champion team at the prestigious Philip C. Jessup Mooting Competition. He represented Canada at the international rounds of that competition in Washington, leading his team to the knock-out rounds.

Prior to law School, he attended business school at Queen’s University, where he received his B. Comm (1st Class Honours).

Chad is a member in good standing of the Law Society of Ontario and is also a member of the following professional associations:

Here is a selected list of decisions and representative matters Chad was involved in:

In 2019, in WSIAT Decision No. 2602/18I2 (2019 ONWSIAT 2215), appearing for a construction firm attempting to rely on the WSIB bar to action before the Workplace Safety and Insurance Appeals Tribunal, he successfully argued that a claimant’s attempt at a pre-hearing to exclude key evidence should be dismissed, clearing the way for an argument on the merits (Chad acted as lead counsel);

Earlier in 2019, in Briatico v. Lennea (2019 ONSC 1702 (CanLII)), appearing for a construction contractor on an appeal of an earlier productions-related motion, he successfully argued for a Master’s ruling to be upheld (Chad acted as lead counsel);

In 2018, in Nolet v. Fischer (2018 ONSC 5771 (CanLII)), on a summary judgment motion in Superior Court in Orangeville, he won the dismissal of an occupiers’ liability claim against his homeowner client on the basis that she owed the claimant no duty of care, thereby clarifying the law around claims between occupiers, with his client being awarded costs of $30,000(Chad acted as lead counsel);

Also in 2018, in Mattas v. Woofstock (unreported), on a summary judgment motion, he won the dismissal of all claims against his client, a pet festival, in an occupiers’ liability case, and obtained a costs award of $40,000 (Chad acted as lead counsel);

In 2017, acting for a Canadian Army Afghanistan veteran in defence of a motor vehicle accident claim, he obtain a negotiated dismissal of all claims against his client, without payment, but with an agreed amount for costs paid to his client, after earlier obtaining a productions order on a contested motion which ordered the plaintiff to provide detailed banking records after Chad’s investigation had uncovered evidence of fraud with respect to the damages claimed, the plaintiff having concealed international business activities (Chad acted as lead counsel throughout);

Earlier in 2017, acting for a partly uninsured contractor, he brokered a favourable settlement in a complex multi-party construction defects case relating to an alleged defective spray foam application (Chad acted as lead counsel);

In 2016, in Rightmeyer v. Fitzgerald (jury verdict unreported) at a jury trial in Superior Court in Belleville, he won an outright dismissal of all claims against his client in a case arising from a trip and fall matter involving novel legal issues around the application of landlord / tenant legislation to the standard of care in occupiers’ liability cases (Chad acted as co-counsel at trial, costs decision at 2016 ONSC 6723 (CanLII));

Earlier in 2016, acting for a municipality, on the eve of trial he secured the dismissal without payment of an action against a municipal transit authority on the basis of strong expert evidence and key admissions obtained earlier in the litigation (Chad acted as lead counsel throughout the litigation);

In 2015, while acting for a U.S. waterpark construction firm, Chad worked with a senior partner to secure favourable settlement terms for his client in a brain injury case worth approximately $4 million, involving complex construction defect, product liability, and occupiers’ liability issues arising from the failure of a waterslide, by assisting in quarter-backing multi-party negotiations over the course of four Pre-Trial Conferences, thus avoiding a costly 10 to 12 week trial (Chad acted as junior counsel);

Earlier in 2015, acting for a public transit agency, he quarterbacked an investigation into a fatal bus crash, involving multiple experts, in response to product liability and negligent maintenance allegations that could have grounded a large portion of the agency’s bus fleet (Chad acted as lead external counsel on the investigation);

Also in 2015, acting for a golf club, he secured the negotiated dismissal of a claim without payment on the basis that the claim, involving a golf cart accident at a volunteer event, was properly barred by the Workplace Safety and Insurance Act (Chad acted as lead counsel);

In 2014, on the eve of trial, he negotiated a favourable settlement for his client in a multi-party product liability case involving severe carbon monoxide poisoning that had left the plaintiff in a coma (Chad acted as lead counsel);

Earlier in 2014, he secured the dismissal without payment of three separate claims arising from a rear-end motor vehicle collision in Ottawa that was seemingly fraudulently arranged to entrap an innocent defendant and access insurance funds (Chad acted as lead counsel);

In 2013, acting for a property developer, he secured a dismissal without payment of an occupiers’ liability claim on the eve of a summary judgment motion he brought on the basis of a limitation period defence (Chad acted as lead counsel);

In 2012, in Kudwah v. Centennial Apartments, 2012 ONSC 1112 (CanLII), he acted for a defendant in an occupiers’ liability case and was successful in having the action dismissed on a summary judgment motion (Chad appeared as lead counsel on the motion, the ruling was later overturned on appeal with other counsel appearing).

In 2011, in Fifth Third Bank v. O’Brian, he acted for a U.S. regional bank in a dishonored loan guarantee claim, assisting a partner in securing a $5.4 million dollar judgment on a summary judgment motion (as junior counsel, SJ decision later upheld at the Court of Appeal by other counsel at 2013 ONCA 5 (CanLII)). Prior to the hearing of the summary judgment motion, he also located the defendants’ far flung recreational properties, and successfully brought a related motion under a separate Fraudulent Conveyances Act action to prevent their liquidation pre-judgment (as lead counsel, unreported).

Earlier in 2011, in Salamon v. Toronto (City) (2011 CarswellOnt 9419), at the Divisional Court, he represented the City of Toronto in its successful appeal of a trial decision of the Small Claims Court relating to the City’s liability for a sewer backup, which clarified the policy defence available to public authorities (Chad acted as lead trial counsel, then as junior counsel on appeal).

Also in 2011, in Szilvasy v. Reliance Home Comfort Limited Partnership, at the Divisional Court, he represented a water heater retailer in an appeal relating to the application of the Consumer Protection Act, 2002 to the provision of rental water heaters (Chad acted as junior counsel).

In 2010, in Tanguay v. Brouse (2010 ONCA 73 (CanLII)), at the Court of Appeal, he acted for the respondent on this appeal from a motion decision dismissing an action for delay, and was successful in having the appeal dismissed (Chad acted as junior counsel on this appeal).