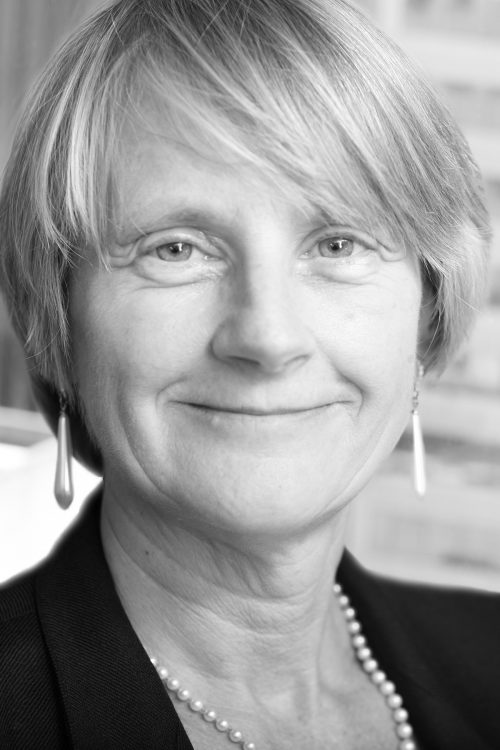 Philippa G. Samworth is a partner at Dutton Brock and her area of practice is in insurance defence (Accident Benefits), as well as providing Mediation and Arbitration services. Miss Samworth has a number of achievements and was retained by the Ministry of Finance of Ontario as a consultant to provide analysis and technical advice to the Ministry on its preparation and drafting of the new Automobile Insurance Legislation: Bill 59 and its regulations.

In March of 2004 Miss Samworth was again retained by the Minister of Finance to conduct stakeholder consultations and provide advice and recommendation on proposals to replace the DAC system.

Philippa is the recipient of numerous awards including:

Philippa received her B.A. and LL.B. from Queen’s University and was called to the Bar of Ontario in 1979. In 1990, she was certified by the Law Society of Upper Canada as a Specialist in Civil Litigation. In October of 2007, Miss Samworth was inducted into the AmericanCollege of Trial Lawyers.

Awards
In 2002 Philippa was the first recipient of the prestigious Canadian Defence Lawyers’ Lee Samis award for excellence.

On April 27, 2006 she became the first recipient of the OBA Award of Excellence in Insurance Law. Philippa has also been recognized in “Best Lawyers in Canada” annually since 2008.

In September, 2014 she received The Advocates’ Society Medal, which is the highest expression of esteem that the Society can convey to one of our members. It is intended to honour those who have demonstrated clearly their pre-eminence as counsel and who are acknowledged unequivocally as leaders of the bar; who have been dedicated and active members of the Society, and who have made a significant contribution to the profession of law and to the wellbeing of the community at large.

In 2016 Philippa was awarded the Medico-Legal Society of Toronto Award.

Publications
Philippa is the author of numerous papers in the personal injury/MVA field.

Philippa is a member of:

CHUBB and The Personal – July 6, 2020 Preliminary Decision re: Production Issue

The Co-operators & Intact – May 4, 2019 Decision regarding Financial Dependency

The Co-operators & ACE INA & The Dominion of Canada General Insurance – May 8, 2019 Award regarding Financial Dependency

Wawanesa and The Commonwealth Mutual Insurance – May 8, 2019 Award regarding Financial Dependency

Aviva and Economical – April 11, 2019 Decision re Interpretation of the OPCF-28A/Excluded Driver Endorsement

Intact & Dominion & Wawanesa – February 21, 2019 Reasons and Order re: productions as well as the Decision re: Preliminary Issue